Sarri-Juventus: why Italian news reports do not square with the real situation 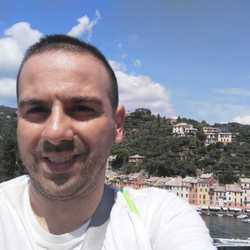 Sarri-Juventus: is it a done deal?

According to Italian news report, Maurizio Sarri received the green light to join Juventus on Monday. Anyway there are several things not adding up.

First of all, Sportitalia claimed that a meeting between Paratici (Juventus Chief Football Officer), Pellegrini (Sarri agent) and Ramadani (the intermediary) should have took place yesterday. Paratici was seen going out Palazzo Parigi (Juventus headquarters in Milan) with his Range Rover and baggage packed heading to Piacenza, his home land. In Milan he was seen meeting Zaniolo and Sensi’s agents, but not Ramadani.

Yesterday evening, Romeo Agresti, a source considered very reliable on Juventus football market issues, said that this meeting between Ramadani and Paratici took place yesterday morning: “Paratici has met with Ramadani (the intermediary) & Pellegrini (Sarri’s agent) in Milan today”. Agresti added that very reliable source told him about this meeting. But where are the proofs? Where are videos or pictures?

Italian news report have been stating for over one week that Abramovich would ‘release’ Sarri. On each day they are saying ‘tomorrow’ is the day. The issue is that Ramadani is passing this information to some Italian journalists.

Keeping in mind Sarri’s word, he said that his future will be decided after a meeting with Abramovich and Marina Granovskaia. How can Ramadani bypass Abramovich?

Which are the sources reporting about this agreement between Sarri and Juventus? It’s Fabrizio Romano, Italian Sky Sport journalist, who is also a correspondent for Sky Sports UK and the Guardian. In England only news from Italy are actually bouncing back.

Italian news reports are being very conflicting. We understand they are just supposing whether Juventus is willing to enforce or not Sarri’s release clause.

They are also claiming wonderful relationships between Juventus and Chelsea, but we understand that their relationships are not good at all. Juventus rejected Alex Sandro’s bid and no deal was done for any other player.

Do they have internal sources? Of course not. Their source is Ramadani, who is trying to push Sarri’s exit to Juventus. Please not that Sarri is not plan A or plan B for Juventus. Juventus are trying to sign Pep Guardiola and have a range of manager as targets.

Sarri words on being or not a traitor

In an interview to Vanity Fair, the current Chelsea manager said: “I am not a traitor. A traitor is someone who gives precedence to individual objectives over collective ones. Many players have switched Milan clubs. It would be better not to do it directly, but over the course of a career it can happen”.

Sarri looks willing to come back to Italy. Roma and Milan were after him, but Ramadani is giving priority to Italian champions Juventus. Milan found an agreement with Marco Giampaolo, but this deal never became official. And we know that Milan had contacts with Sarri’s agent.

If Juventus really wanted Sarri, they would have land him many days ago. A club whose turnover is over 500 million Euros cannot be unwilling to pay 6 million to enforce a clause who would free him from Chelsea. An agreement with Pep Guardiola is in force, which could become much easier once that City will be officially sanctioned by UEFA and if their appeal to CAS will be rejected.

Any important news about Sarri to Juventus may develop only if a ‘concrete’ meeting between Paratici and Ramadani will take place.

This website uses cookies so that we can provide you with the best user experience possible. Cookie information is stored in your browser and performs functions such as recognising you when you return to our website and helping our team to understand which sections of the website you find most interesting and useful.